9/2/22: This Brandon character is one very demented, very ugly, very bad guy. Some would say his diminished mental state makes it all understandable, but they forget the truism that people become more like their essential selves as their minds go. He must be thrown out of office at the polls and publicly excoriated for what he has wrought.

UPDATE 8/31/22: I caught flack a while back when I declared the “Sorta God” guy Barack was a classic fascist. I define that overused word both then and now as someone in government exerting absolute power over private business-prices, production, policy-without taking any of the blame for the disastrous consequences for the public. Ditto Herr Joe after this week’s declaration of war on half the American electorate.

Even the willfully deaf, dumb and blind are face-to-face with the nasty bit of goods some of us always knew was a vicious operator. 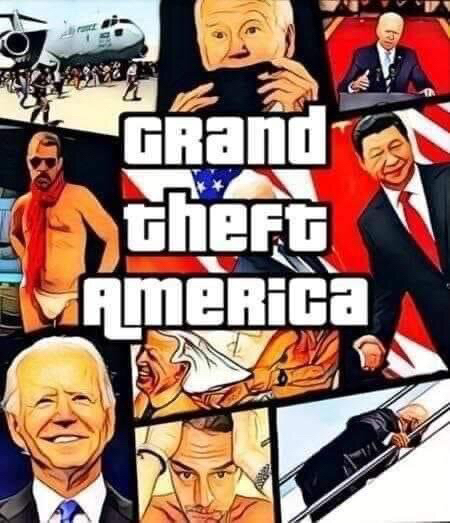 Do his faithful realize they’re party to blatant corruption if they choose to believe semi-conscious Joe over Hunter’s laptop and the well-documented sordid history of the Biden crime family?

8/28/22: How long will they be able to hide the very obvious mental incompetence of this  illegitimately installed puppet? The innate nastiness of the old coot dating from birth is long established.

8/28/22: His $350,000 pension is “an appalling sum, considering the lasting harm he has done to children and adults in America and the rest of the world. But it’s a small price to be rid of him.”

UPDATE 8/28/22: Yet one more article announcing the “Twilight of the Experts!!” May time prove this understandable disgust with that decadent aristocracy of Little Big Brains to be the real end to them. 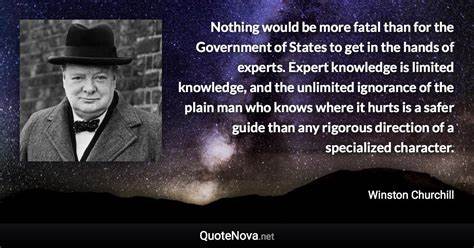 UPDATE 9/2/22: The Giggling Gorgon is at a loss for words if not chortles when confronted with the question, “Who’s paying?”

UPDATE 8/31/22: What is a hero? Reality dictates that it must be someone who does something heroic which, in purely American terms, is risking one’s life, liberty and the pursuit of happiness in defense of life, liberty and the pursuit of happiness. If you’re Meghan Markle or some similarly useless Wokester/publicity hound, you can compare yourself to Nelson Mandela with a straight face and mostly get away with it.

Here she is brazenly duplicating another aspiring object of worship by the world’s toddlers. Who but a innocent 3 year old (or anyone of comparable maturity) might admire these phonies? Meghan’s dream has been to be revered like her dead mother-in-law, but being Michelle is, for reasons unbeknownst to this clueless narcissist, closer to the mark. 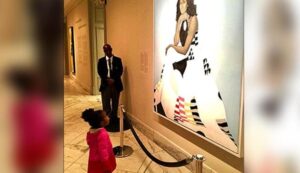 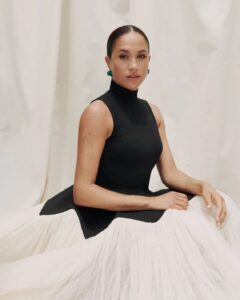 UPDATE 9/1/22: Nice try for optics of bravery and standing up for a free China living under threat of conquest by the ChiCom slavemasters, but (surprise!), the Taiwan junket was all about the Pelosi crime bigtime family assets (specifically via Nancy’s very own Hunter, Paul P. Jr.) on the mainland. As long as no one raises an eyebrow, the money will keep flowing into the pockets of Pelosi and The Big Guy.

UPDATE 8/31/22: The Supreme Court has its own 3 “Weird Sisters” and the Obama-Brandon mafia has its own resident “Get Trump!” trio of wicked witches, euphemistically dubbed “National Security Advisers” (see accompanying caption to jolly gathering below). Their real job descriptions actually entail the creation of maximum insecurity in the collective consciousness of the American people.

UPDATE 8/31/22: Bill Barr further burnishes his RINO snake credentials in applauding the Mar-A-Lago raid. Like 1001 rats jumping ship before him, he hopes his public distancing from Trump will protect him from the Deep State Swamp creatures he should most fear. In actuality, he has uprooted himself from any sense of honor he may have once had. 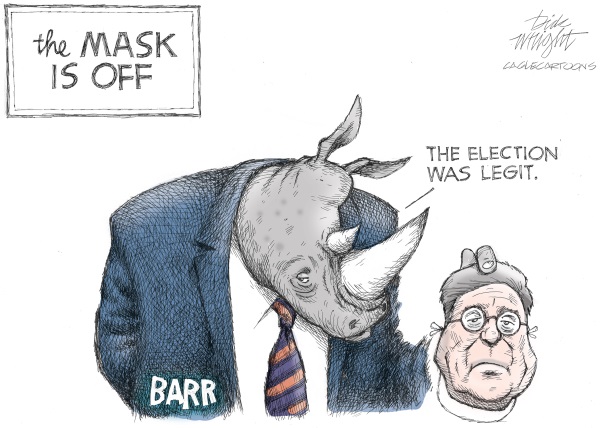 UPDATE 8/28/22: Adam Kinzinger, the Lizard’s ideological brother from another mother, announces he will “save democracy” by supporting far-Left candidates over MAGA Repubs. Now that he’s joining Liz in civilian life, we wish him well and many, many happy years of anonymity.

UPDATE 8/28/22: Nikki Haley comes off well with whomever is interviewing her, but where do her real sympathies lie? Her history of distancing herself from Trump (who put her center stage as our UN Ambassador) and now her list of Big Money donors from the dark (Dem) side  disqualifies her as the MAGA candidate we need. No more RINOS, thanks very much.