UPDATE 9/8/22: Dare we hope that the success of “My Son Hunter” indicates the real beginning of the end of Biden Crime Family denial?

UPDATE 9/7/22: A quote from Little Joe’s “Enemies Of The People,” overlooked amidst the red & black fascist decor and oratory: ““I made a bet on you, the American people, and that bet is paying off.”  This is a veiled threat patronizingly delivered like a true Mafia Don or, in actuality, someone being fed lines to sound like one.

Funny, but I thought elected politicos were there with the permission of The People, not vice versa. The desiccated dummy is simply programmed to read  Big Brother’s words off a teleprompter, and the real question is, “Who exactly IS Big Brother?” Who’s the real writer and director of this horror movie? 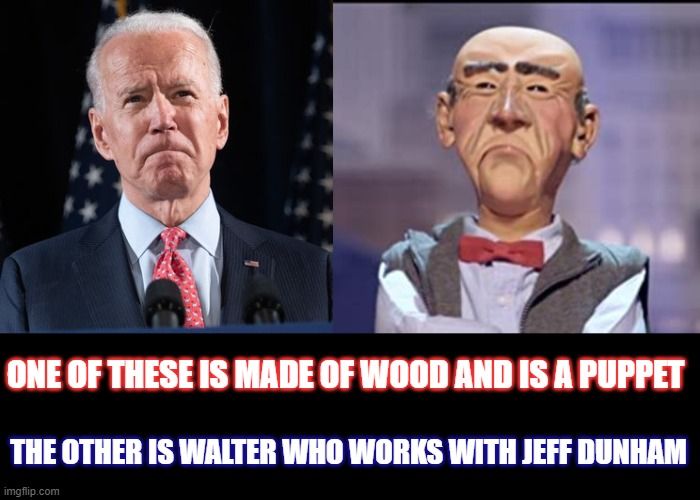 UPDATE 9/6/22: There was a time when this serial liar would have been laughed out of politics by an indignant public. And he was, temporarily. Politics hasn’t change, but the public has.

UPDATE 9/6/22: He is still the thrilling orator who lived in his basement during Campaign 2020 and continues to draw crowds of dozens to empty gymnasiums or VERY quiet outdoor gatherings heavily peppered with paid union slugs wearing slogan-bearing T-shirts. On Labor Day he took time out from his customary eloquence to berate an unfriendly heckler as yet one more threat to “democracy.” What the senile Dumbster really means is a threat to the Democrat regime. 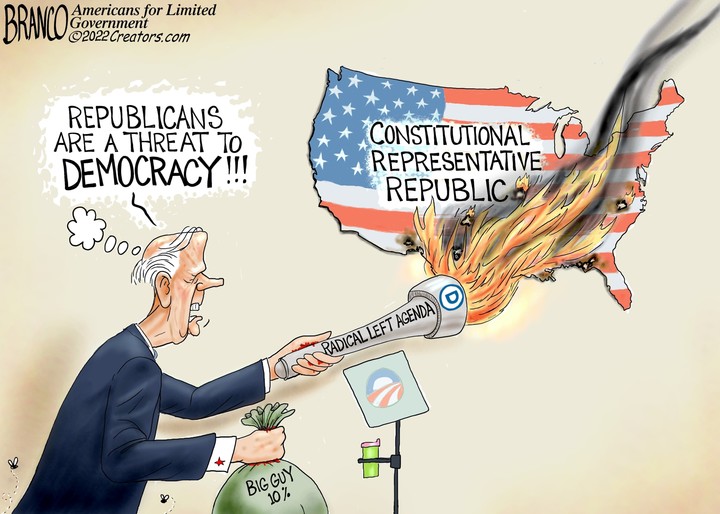 UPDATE 9/9/22: For someone claiming no more Presidential ambitions, she’s omnipresent. Trouble is, she’s more dislikeable and tin-eared than ever. Appearing alongside her vapid, inexplicably self-important spawn, we are treated to an uglier-than-ever Hildebeast just this week on Andy Cohen and The View. Perhaps most off-pitch is the special glee she exhibits when referring to the raid on Mar-A-Lago. Shown a picture of Melania, she cackles, “How’s your summer going?!” Poisoning the air with her every utterance is the arrogance of one who believes she is beyond reproach or penalty for her well-documented career of corruption. The sheer magnitude of her rap sheet suggests she is the one destined to fall the hardest if justice is ever to be served in this upside-down age.

UPDATE 9/6/22: A post has floated the rumor that Nance is gearing up for being deposed in November and is looking at an ambassadorship to Italy! The heart leaps and soars in hopeful anticipation!

UPDATE 9/5/22: This is not the Republican Party you thought you knew and once voted for. 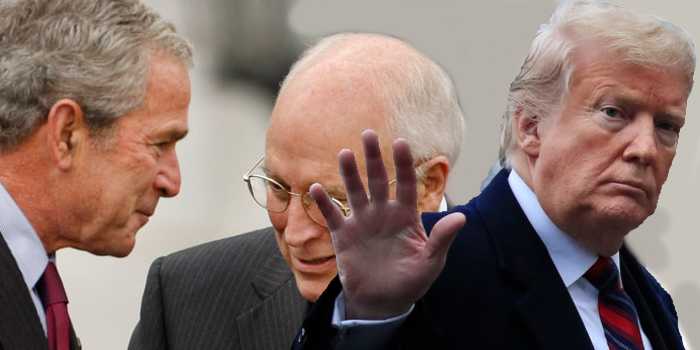