UPDATE 11/2/22: Liberals just can’t get themselves to recognize the obvious dangers of the Beijing-Biden connection. Nothing to see here, say that gaggle of ostriches who believe, as Joe claims lying through his chiclet implants, that the ChiComs really are our friends. 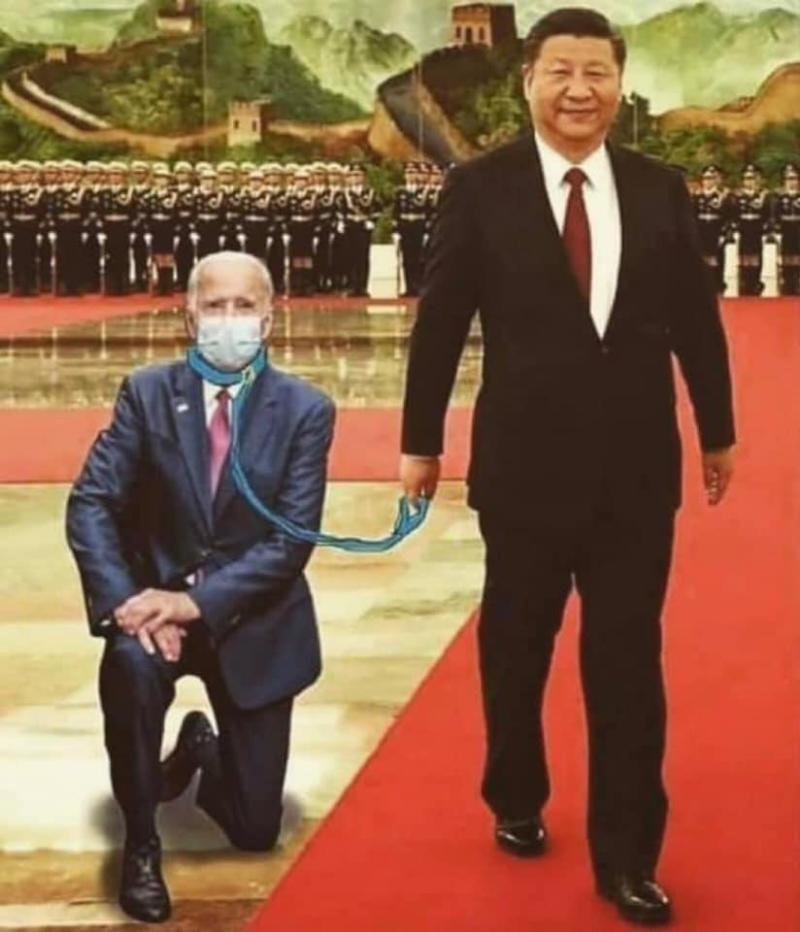 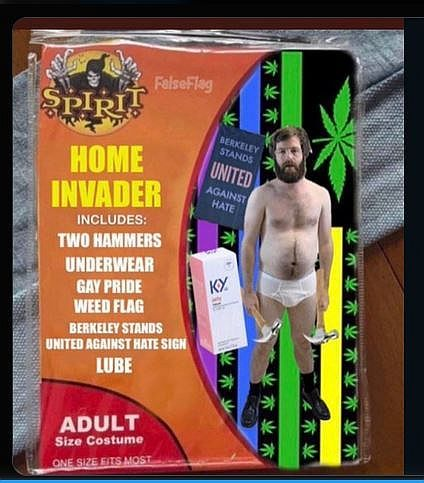 UPDATE 10/30/22: Like everything connected with or in the vicinity of Nancy Pelosi, nothing ever smells quite right, and that includes the now-notorious Affaire du Hemp/Hippie/Hammer which bears looking into a little more deeply than officially reported. Read the strange sequence of events from the time the cops finally arrived to an open front door to two men struggling over a hammer to one attacking the other to police actively interceding. Wha?!

What’s that word again? You know, for reveling in other people’s misfortune? (Just asking for a friend, of course). Hillary might think about withdrawing that tweet after seeing Elon’s response and the strong possibility Nancy’s consort was paying for IT in her absence with some local low-end trade. And not for the first time. 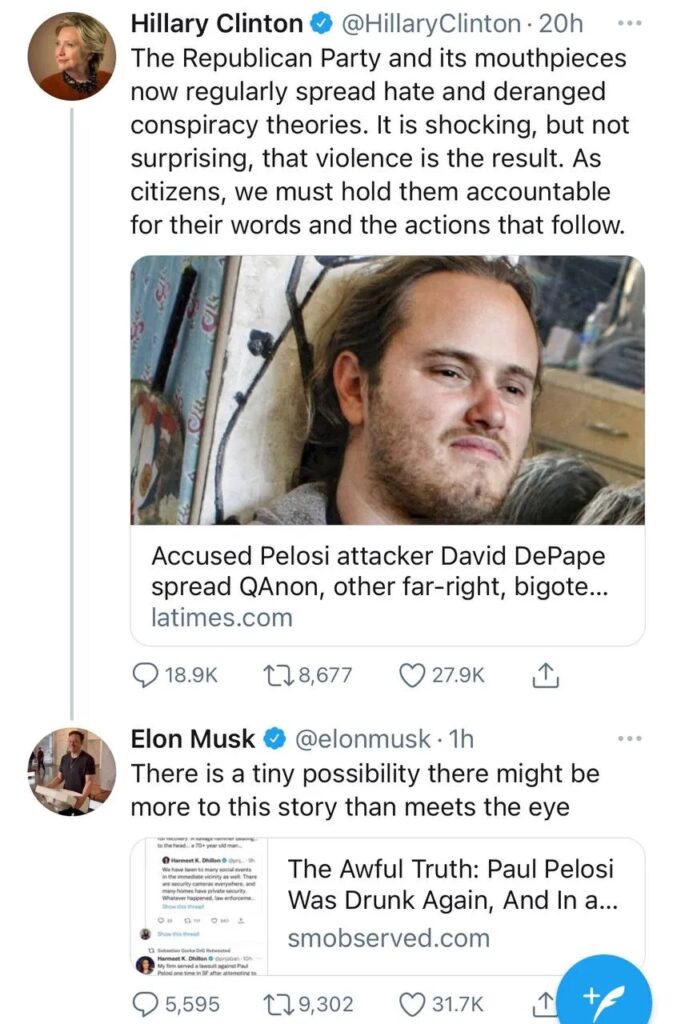