UPDATE 12/27/20: Nancy has her ice cream and hair dresser. Expert nanny eggheads Tony & Deb have their special privileges. Olympian grifters and elite Equalest Of The Equals Barack & Michelle-Antoinette up the ante and stick a finger in the eye of locked-down America, kayaking away at their Hawaii Christmas retreat while millions of Americans are ordered by Blue State governors & mayors to remain masked & “sheltered in place.”  The extraordinary photo of this mysterious pair (about whom we really know so little) opens the window wide to interpretation. Oh, go ahead. You gonna believe them…or your lyin’ eyes?

UPDATE 11/2/19: ID Politics Queen, she of the overflowing junk pile closet, the limitless charge card, insufferable Food Nag, tasteless chatelaine of a shabby pair of $8figure$ hovels in 1 percenter DC & Martha’s Vineyard; and she still isn’t happy and gives White Folks a big F for not liking her enough to stick around.

You ask, “What’s not to like?” There isn’t enough print in the world to respond in proper fashion. Sorta like her Ebonics-inflected Sistah-With-A-Different-Mistah Hils: nuthin’ will ever be good enough.

Well, there goes the neighborhood. 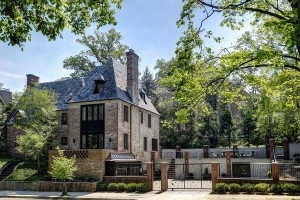 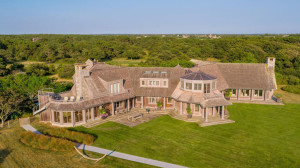 Meanwhile, Black unemployment is at an all-time low thanks to those Fascist, Right Wing, Xenophobic, Racist, Republican tax cuts (and resultant economy expansion) that, maddeningly, are THE way up & out for the poor of all colors leaving the Permanent Prog Plantation overseen by the likes of Michelle, the self-proclaimed Forever First Lady. “Ya’ll Po’ Colored Folks are runnin’ away ‘n gettin’ rich, prosperous ‘n uppity, and who’ll I have to exploit for power then?”

UPDATE 6/30/18: News to the  American people. There was no election, no peaceful, civilized transfer of power in America in 2016. The annoying business of two term limits is all bunk…according to the former First Lady and her Messiah-like consort. Michelle is still First Lady, and Barack is still President. Really. Just ask them or any of their lackeys-in-exile.

UPDATE 10/4/17: It’s neck and neck with Hillary to see who is America’s bitterest out-to-pasture politica.  Mooch’s special ax to grind is gender and race! The GOP is ALL White Nationalist Males! Who knew?! And she’s more than happy to share in the fantasized misery of being of just another Person Of Color/Other bleeding and dying under their jackboots. But share the multi-millions She and He are raking in? The servants and clothes? The plush bunker in DC? The trips to the fanciest foreign spas where the Elite meet and greet? Mine, all mine, all mine. As with Hillary, we are apparently doomed for the foreseeable future to be the lucky recipients of Mother Courage’s Gospel Of Gall.

UPDATE 10/3/17: The mind of a totalitarian scold: there are no individual female  voices in this world.  “Any woman [individual] who voted against Hillary Clinton voted against their [collective] own voice.” Just as we’re all constantly reminded after receiving our bunk assignments in Progressive Victim ID Group camp: there is to be but one voice, and that  is Michelle’s. Seems to be the same talking points that all indentured Progressive Handmaidens like Hillary and Madeline are programmed to shill to the masses. Won’t someone rescue these girls?

ORIGINAL POST 6/6/12: Capturing the essence of this site’s comely Inspiration has entailed careful sifting through thousands of words of print, mountains of eye-popping photos & videos, and most of all, disbelief suspended beyond the furthest pain threshold imaginable to the greatest minds of the ages to think that such an unpleasant, unremarkable,  greedy, hypocritical, perennially disgruntled creature as Michelle Robinson Obama could gain a position of such terrifying power over a great and proud nation like the United States of America. By the way, that’s the same rotten America she called “downright mean” and of which she was proud for the first time in her unbearably grim pilgrimage through the Ivy League, 6-figure positions in fancy law firms and even cushier political perks in Chicago as she wended her way toward becoming this nasty nation’s uncrowned queen.

Our Queen, our Namesake, our Michelle-Antoinette, worthy of special attention and accurate description. Let’s go back to the 2008 campaign and let her do the talkin’ ’bout her upbringin’ as long as we’re droppin’ Gs for populist, street-cred effect here:

This is what the investment of every privilege and perk and entitlement looks like? One bitter black demagogue determined to make sure everyone is as angry as she is, so they will elect/annoint her hubby Prez/King/Sorta God, thereby crowning her Lady Bountiful/Evita to all those disgruntled descamisados?

Hell, I’m Queen, and I’m pissed off! Think how YOU must feel!!

This is a Community Organizer/Agitator whose short-term goal is to whip masses of people into a permanent lather of enraged entitlement from cradle to grave. The long-term goal is to make as many people dependent upon her and the massive tax-funded/corporate treasuries she and her fellow Marxist Michelle-Antoinettes intend to raid on their collective behalf. Once hooked on this Socialist Ideal of being taken care of, people are irreversibly corrupted. Why would they ever vote again for anyone who threatens to take it all away and force them to go to work for themselves like honorable, self-reliant, durable Americans have done for centuries?

It is one thing to offer people help in service to creating self-reliant lives. This was the case of our newly arrived immigrant forbears at the turn of the 20th century who took what opportunites  were available to them-public education, charitable organizations, 1001 philanthropies-and went on to create the miraculous America millions of us want to preserve for ourselves and our descendants.

Four years (2009-2012) of Michelle-Antoinette and her Obama-Louie have deliberately produced only more unemployment, unimaginable debt, the encroaching takeover of the economy by government bureaucrats & politicians via ObamaCare and whatever other noble-sounding schemes this Marxist Mafia have up their sleeves.  The productive, taxpaying segment of the population have had enough, and as of this date (October, 2012), we are determined to remove Michelle-Antoinette and her cronies from power. In the long run, it is imperative that those millions of people foolish enough to be seduced by her conniving promises learn that life, liberty and the pursuit of happiness are not free. They are gifts from God, not from Michelle-Antoinette and her fellow collectivists, gifts to be used well and wisely, the source of everything that matters in life.

Now, after 4 distressing years, we see this  not-so-kindly Emperor & Empress as they really are, fully clothed(sorta) but naked all the same:

Note the fancy threads and pricey bling. Community Organizer Pimps/Madams/Mafiosi  mustn’t do without. After all, they’re Doin’ It for us:  shakin’ down The Man, deliverin’ the threats, crackin’ the arms & kneecaps, op’nin’ the lids of everyone’s else’s treasure chests, for us. Why shouldn’t they help themselves to a little bit of that loot?!!

BUT,  Michelle tells us  inspirationally, life isn’t about money. No. It’s not about fat paychecks and the struggle for survival in the heartless corporate world. There’s SO much more to be gained being Public Servants like her and Barack, “helping people.”

“We left corporate America, which is a lot of what we’re asking young people to do,” she entreated a young audience during the 2008 campaign. “Don’t go into corporate America. You know, become teachers. Work for the community. Be social workers.”

Money? Feh! Who needs it? Indeed, with $1.4 billion in U.S. Treasury perks showered on her and her vast entourage of selfless public servants in the last year alone, all “working for the community,” why bother with corporate chicken feed?

A proper overview of Michelle’s “social work” career would be lost to history without these 3 special pages described and linked below:

First, Michelle’s Charge Card. Aply dubbed “America’s Unhappiest Millionaire” and Barack’s “Bitter Half,” Michelle-Antoinette has done her courageous best to focus & deflect all that painful empathy, compassion, rage, passion and ennui into quite a shopping spree, going back to the Chicago days when she started enjoying the perks of Gaming The System. Little did she dream how smalltime Chicago would come to seem.

Though it might appear to fall under Madame’s Charge Card ledger, Michelle’s Closet is not about what money can buy. It’s about what money can’t buy…and that is T-A-S-T-E. And to think one of the more laughable selling points tossed to the public at feeding time in 2008 was her being “reminiscent of Jackie O!”

Rounding out this selfless life of altruism outside the corporate world, Michelle-Antoinette’s Cupboard documents our self-proclaimed “Mom-In-Chief’s” concern for our health and nutritional choices. You don’t tug on Superman’s cape, and you don’t mess with Mother Nature when she says “Eat Your Vegetables” and “Let’s Move!”

Head Dietician, Personal Trainer, Queen Of Us All: what can’t that girl do? Who are we not to let her control what we eat and how we take care of ourselves? Who are we to object if she and her cronies in the corporate world drive this product off the market and allow that one to reach the shelves? Like the parallel Global Warming/Environmental/ObamaCare assaults on the free market, Big Momma’s health crusade is all about control of every aspect of our lives, all in the name of “Helping People.”  Isn’t control just the best?! Without it, what would political demagogues do?

Has it been worth it, all the sacrifice? Here, Regular Housewife/Queen Michelle-Antoinette “secretly” roams the aisles of Tar-Jay, musing on the Simple Things In Life.

Amazing how a press photographer just happened to be hanging out at Target and by sheer luck caught the incognito First Shopper cruisin’ Podunk for dog treats. It was looking a little unseemly for this champion of the Little Guy to be associated with a $multi-million string of  luxury, taxpayer-funded vacations, $1100 sneakers, $2700 June Cleaver cardigans…

It’s good to be The Queen while it lasts, but in cases of high-handed hypocrites like Michelle-Antoinette, the magic wears off quickly. We Americans don’t take to monarchs and masters, at least not without a little style. If Her Ladyship had brought some fun and fantasy and harmless decorum to our commoner lives, she might’ve carried it off. You either got it…or you ain’t.

Sullen, self-coronated queens like our Michelle-Antoinette, are born to be deposed. No worries about a messy guillotine, Girlfriend. Here’s your one-way ticket back to Palookaville.

15 Replies to “Michelle-Antoinette (& Himself):
A Tale of Two Community Organizers”