Not officially an Obama underling but rather an inspirational role model for our own aspiring American Godfather. Among the American Left, hating America comes first. By that standard, Hugo Chavez was The One, serving it up the loud, spicy South American Way rather than as meat-and-potatoes Chicago roughage.  In fundamentals, there really is no difference. Promise weak, angry people everything like God(father) on high, and in exchange rob them of all their liberties(and property). And don’t forget lining your own pocket with gold, living like a king and sending your country into bottomless debt. (Sounds so familiar.) Not content to play messiah to his own hapless masses, he even hoped to buy off America’s welfare throngs, perhaps even foment a little bit of revolution in the Louisiana swamps. Though he excited the predictable crowd of Useful Hollywood Idiots, he was just another cookie-cutter bigmouth with a Latin accent, inflicting misery on his own people and playing the Limousine Liberal crowd like rag doll hand puppets. Lest anyone doubt the Left’s lust for totalitarian power vicariously lived through a monster like Chavez, check out The Nation’s wistful eulogy. Now he’s dead, and only the fashionable Left and his descamisados at home mourn, waiting for their next “savior” to grind his greedy boots into their faces. So goes Socialist salvation (UPDATED 7/30/15).

Birds of a feather.

Peas in a pod.

Not so strange bed fellows. 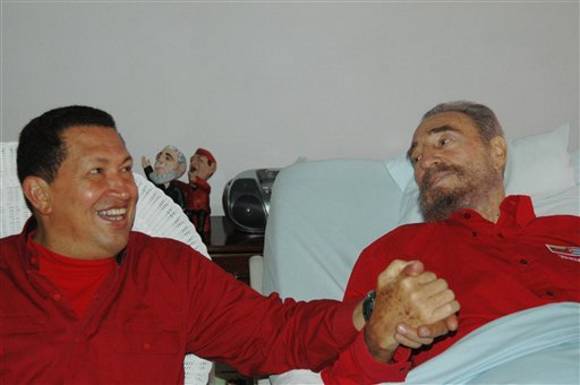 Only in your most delusional dreams, fellas. Picture a place with 9 circles and no need for matches. 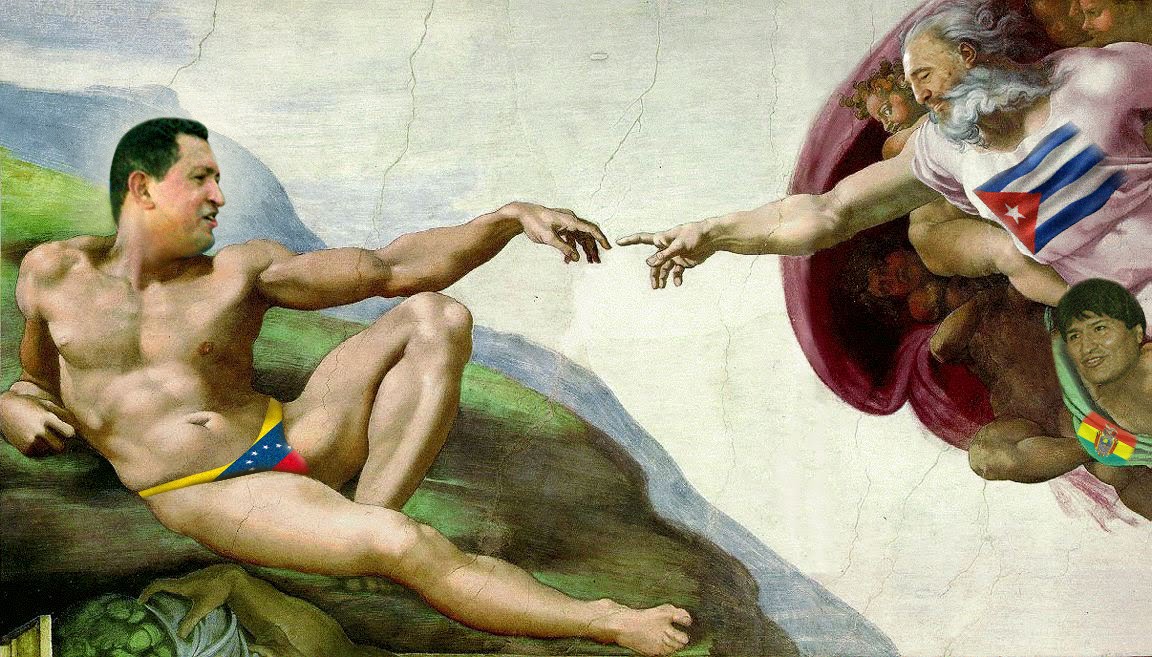