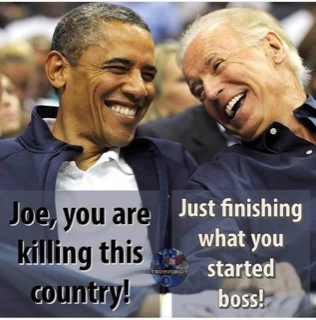 UPDATE 8/16/21: If there is any constant in the nightmare Biden presence is that there is nothing and no one there. Our borders are currently wide open to floods of illegal immigrants, and America’s entire 20 year effort to gain the upper hand in Afghanistan against Islamic terrorism after 9/11 has suddenly gone up in smoke. Every effort is now underway to destroy whatever energy independence we had, and our elections are panning out to be banana republic charades thanks to the creation of a permanent crisis mentality among the masses. Only for the terminally naive could this be analyzed as mere incompetence at work. Instead, it is a concerted plan to destroy America from within, using a phantom, a hologram, a puppet, Chance Gardiner incarnate.

And, putting aside the obvious dementia, we are cursed with a thoroughly bad character of no scruples or principle,  already without question the worst POTUS in our history. As things reach a critical point and this useless political prop is removed as planned long ago, we may be closer to learning the identities of his  determined, diabolical puppeteers. Susan Rice? Obama? Soros? All three and then some?

UPDATE 8/21/21: The credibility of our “public servants,” especially the highest-paid liars and dissemblers like Fauci, has sunk to a well-deserved zero. This is not necessarily a bad development if more of the public begins to rely on their own common sense rather than the bloviation of “experts.” 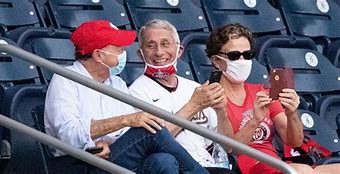 UPDATE 8/20/21: That profoundly ugly & twisted Frisco sociopath masquerading as a devout nun with benefits always has a wise, serious take on everything. One fondly recalls her good counsel about passing ObamaCare to see what was in it. About rioting in the cities, tearing down statues? “People will do what they do.” About billions of dollars of American military hardware being left behind for the Taliban (and their Chinese advisers) to use against us? “This is what happens when you withdraw.”

To borrow from another principled female in power dodging ANY sense of responsibility for the consequences of her own evil intentions: “Oh well, what difference does it make now?”