UPDATE 5/2/20: His latest “crockumentary” draws ire and attacks from his fellow Leftist Greenies. No idea where the power for electric cars came from, he claims. As long as someone-Left, Right or Center slurps  up his useless, dishonest bilge for big bucks, why should he ask ANY questions?

UPDATE 3/27/18: Rewriting the Guinness Book of World Records for shameless hypocrisy, the ugliest anti-capitalist Capitalist joins forces with two of his most money-grubbing fellow socialists to solve the problem of “Income Inequality.” While, of course, giving up nary a penny of their own multi-millions.

UPDATE 10/24/17: Add to MM’s many attainments membership in 4H: Harvey’s Hateful Hollywood Hypocrites! Who ya thunk bankrolled that love letter to the glories of medicina Cubana (and ObamaCare), “Sicko!”?

Documentarian/critic of American excess and greed who lives modestly.

Blue-collar union champion of the Little Guy, well-known for bilking his employees and treating them like wage slaves. 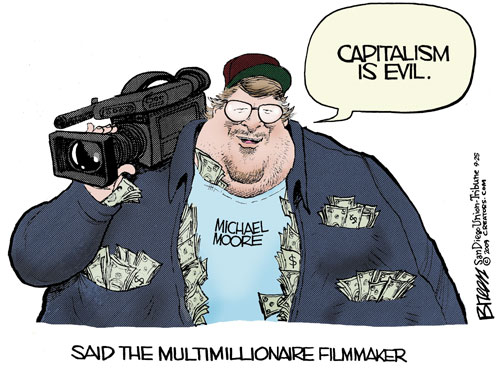 Anti-gun propagandist/profiteer who feels he’s entitled to armed protection for himself.

Shoulder to shoulder with the 99% against the 1% (excluding himself of course). 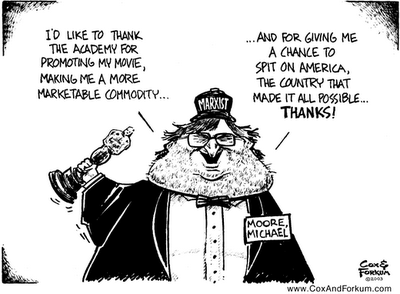 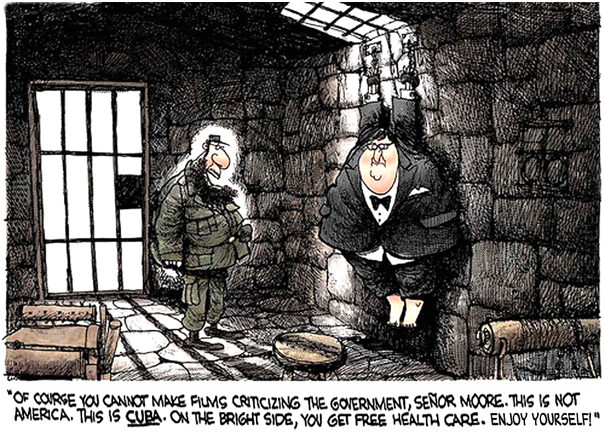