UPDATE 10/26/21: Fauci is now in fully operative CYA mode, using semantics a la Slick Willy, to cover his direct involvement in development of the Wuhan Virus. How long will the MSM and the rest of the Swamp cover for him before the general public sees the connection clearly? 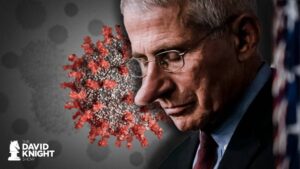 UPDATE 10/24/21: It used to conventional wisdom that, short of being caught on video torturing cute puppy dogs, the most horrible public figures could get away with anything. Now it comes to light that the esteemed Dr. Fauci has his already bloody fingerprints on funding for Tunisian “scientists” to stick live & conscious beagle pups’ heads in sealed chambers and observe them being devoured by sand flies. For good measure, we’re told their vocal cords are severed to mute the annoying sounds certain to emanate from any tortured soul, animal or human.

There seems to be plenty of understandable outrage for the pups from both sides of the political divide: but what’s the word from those double-masked & triple-vaxed dog lovers regarding Big Bureaucrat Fauci’s mass manipulation and experimentation on millions of humans over the last 18 months and the permanent destruction wrought? 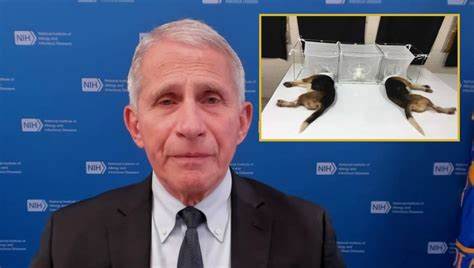 UPDATE 10/28/21: Thanks to a loose-lipped aide spilling NJ Governor Phil Murphy’s heretofore unexpressed intentions post election, Garden State residents are bracing themselves for full Californication in the form of  vaccine mandates after November 2. And to think we thought the worst was past, and life could resume. It actually has, but what power-crazed politician isn’t going to milk this for all it’s worth?