2/9/17 Deeper into the Twilight Zone we go as shameless serial liar Blumenthal declares Jeff Sessions unfit to be Trump’s Attorney General . [Sorry. Confirmed. On to the next Trump obstruction.] Perhaps having more than a nodding acquaintance with truth-telling disqualifies Sessions from being the land’s chief law enforcer. After all, the wildly mendacious Le Blu was CT AG before the deluded citizens of that otherwise lovely state decided that lying about Vietnam service DID qualify him for higher office. Rather than competing with fellow Senators Warren and Booker to see who can out-lie the other and still fool some of the people all the time, the Hate Trump Revolution has united them into their own Senate OutLiars Club. They lie, they’re Out with it, and what difference does it make? (Invoking that last sentence, former Senatrix Hillary has been automatically inducted into the Club too.)

UPDATE 1/16/17: Our lying Stolen Honor Senator still at it, smearing David Horowitz’s accurate figures on the Black source of Black crime and the unfettered march of Islamic terrorism in service to undermining the confirmation of Senator Sessions as Attorney General. How DOES he continue to get away with it?

The sickening result of a respectable Liberal voting bloc that chooses to reward liars, imposters, frauds and any other sort of ruthless power-seeker so long as they espouse and advance the Liberal agenda. In the case of the execrable Richard Blumenthal, former Attorney General aka chief law enforcer of the right dishonored state of Connecticut, an exposed serial liar, the fit & just punishment in this Twilight Zone Age of Obama is a U.S. Senate seat. Sirs & Madams of CT, have you no shame?

Are we actually looking at real, honest-to-God U.S. veterans standing by this guy? And if so, what are they getting for shaming themselves? 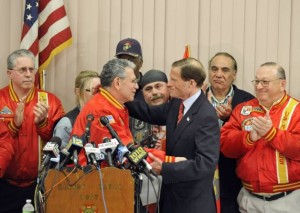 Proof positive. The 6th Jackson!! He says so, and the picture looks real. Who dares doubt it? 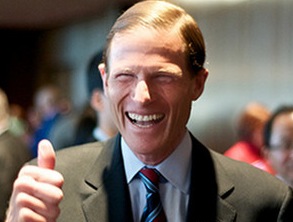