13. “Pick the target, freeze it, personalize it, and polarize it.“

Invoking the satanic Herr Alinsky’s 13th Rule For Radicals and banking on scads of aimless human scum out there to implement it, the Left has lately plagued us with The Doxxer, that loser longing for his/her 15 seconds of public adulation and mass media fame as a Social Justice Warrior. This unpleasant character spawned by our Internet culture is always a small fry deranged individual who easily gains access to a person’s personal information (documentation ergo “doxxer”)-home address, phone number, family members-and goes to work publicly humiliating the targeted individual.

Instances abound, the most recent being an unappetizing life form named Parker Mankey  aroused by the heady prospect of being hailed a heroine via the personal destruction of a benign, MAGA-hatted old man in a Palo Alto coffee shop. 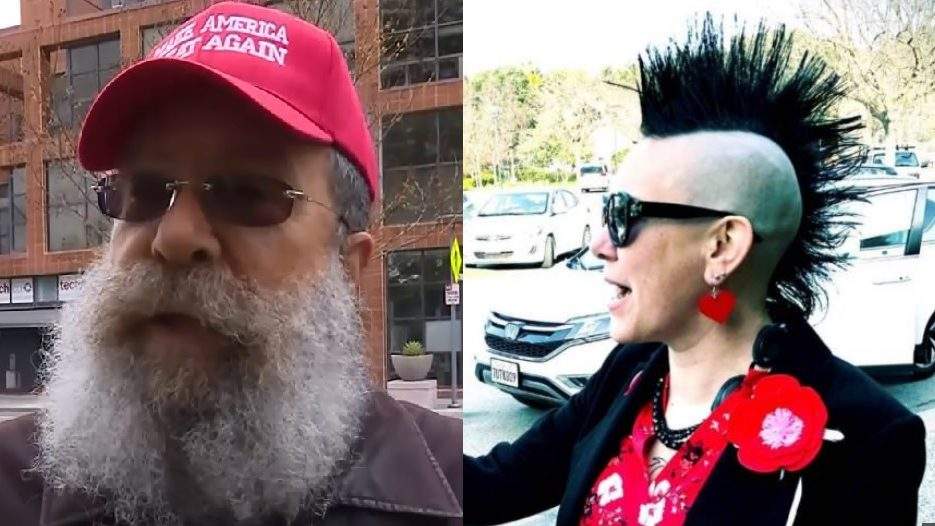 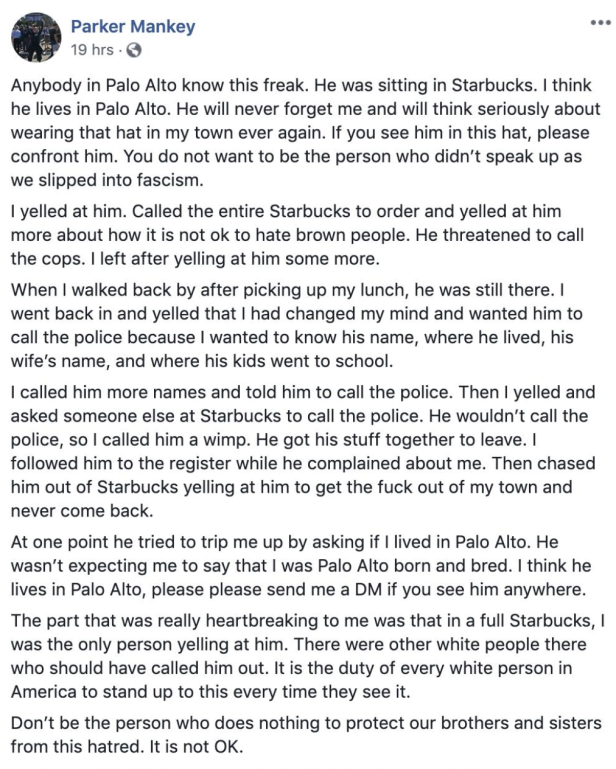 Satisfyingly, the one ending up “doxxed” by karma is the aspiring SJW heroine who got fired from her job as an bookkeeper for a music firm run by people mysteriously (to the doxxer and her ilk) guided by common decency.

For toppers, the vile old racist-in-a-red-hat turns out to be Jewish. How fitting a pursuit by today’s public spirited SJW Socialists, as it serves to remind one of strikingly similar treatment of old bearded Jews in those happy days of yore when National Socialism was in full flower in Europe. 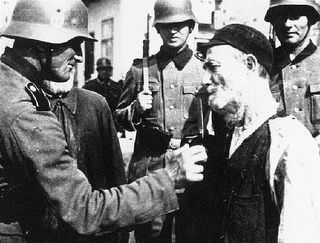 Luckily, karma kicked back on this monstrosity. For real social justice, let us have more happy endings like this.

5 Replies to “The Doxxer”