UPDATE 7/28/20: The signs are that Mike Adams (read his collected articles at Townhall) finally was overcome by his inner demons and took his own life with a gun. Clearly, this is no longer just American open free debate but a fight for our lives.

UPDATE 7/24/20: There are no limits of evil to which the Left won’t go to ruin anyone challenging their march toward totalitarian control. Mike Adams’ academic career was suddenly cut short last week after a snarky tweet directed at the Covid Control Freaks in public office that, like virtually anything they choose, revealed “racial overtones” deserving the professional  death of “cancellation.”

And now he’s suddenly… dead. Really dead. Suicide perhaps precipitated by piled-on doxxing threats of embarrassing revelations from his personal life? Or just a heart that gave out under decades of stress. Why not? He was already a target for murder of one sort or other for having a prominently un-PC career and mindset. It’s said that a substantial majority of Americans are afraid to reveal their political stances for fear of serious reprisals that ruin careers and lives. The only bright note of hope here is that the Silenced Majority will roar in rage in November despite every attempt underway to disrupt the electoral process itself.

UPDATE 7/20/20: Seems the forbears of the Ochs/Sulzberger clan who own the NY Times were bigtime Confederates and slave owners. And all their faithful Woke readers have cancelled their subscriptions….Oh, they haven’t?! 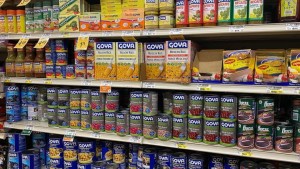 ORIGINAL POST 7/12/20: Historically, the hard Left relies entirely on creating alternate realities. Erase history and rewrite your own version. That includes people and the ideas that in any way stand athwart your master plans for total control of people’s lives: what they think, do, feel, experience. This all-consuming control is the cardinal trait of the Left, now running the Democrat Party. It’s a way of life so airless and lethal that it must be forced upon people. That explains the 100 million plus corpses piled up by the communists over the last century. Those Nazis so renowned for book-burning and Jewish genocide were just B-team warm-up acts for their Red Fascist brethren in Russia, China, Cuba, Vietnam, North Korea, Venezuela.

Lately, one long-established outpost of Leftist tyranny, CANCEL CULTURE, has gone into full operation here in America. This unhappy development involves everyone from the pajama-clad SJW in his parents’ basement to the ludicrous show business celeb using social media to bully into silence or social quarantine anyone taking any politically incorrect stand or remark, however vague. Books, movies, monuments are now becoming tangible targets of this totalitarian impulse, as have people who run businesses. For that matter, anyone having a job is subject to the wrath of the Woke Mob. Say the wrong thing, and we’ll get you fired. 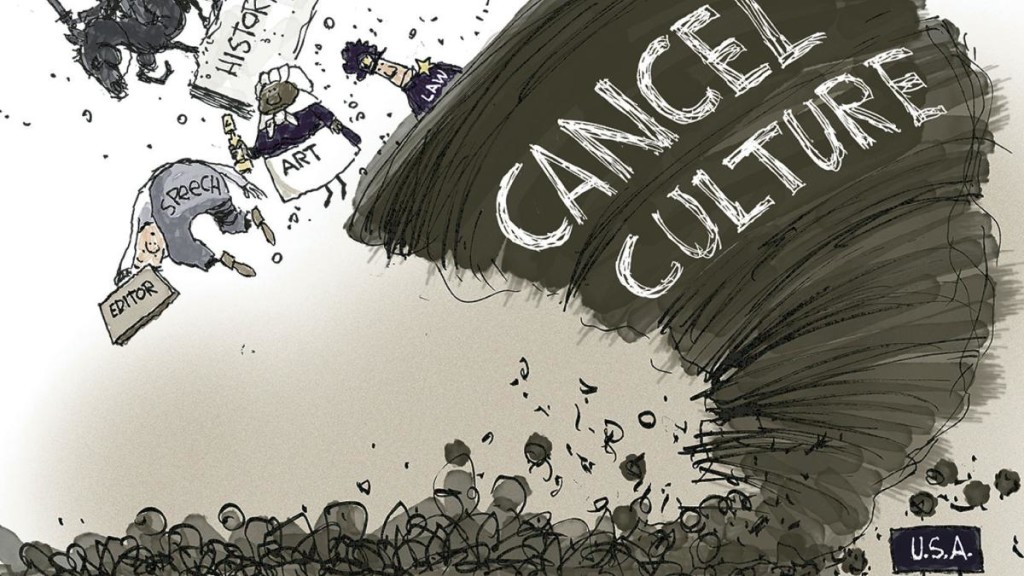 These ominous political developments always come about with the sanctimonious blessing of self-important elite intellectuals who, inevitably, to their shock and dismay find that cheering on the mob often backfires and comes ’round to bite them in their socially aware butts.  Protesting in grand fashion when it looks like the riot might come to their own backyards, they will just as quickly return to their own Canceling. Only last week Lin-Manuel Miranda had to ‘splain himself and his reputedly racist “Hamilton.” This week, he joins the Cancel Goya mob. It’s part of the Leftist DNA, only eradicated in the most honorable, rare instances.

Those of less refinement and importance view ourselves not as “engaged” Social Justice Warriors but rather as fortunate consumers in a free marketplace, and we are gratified by the incredible choices free-wheeling capitalism offers. So, when the president of Goya Foods makes a complimentary remark about POTUS Trump’s beneficial low-tax policies for business and gets CANCELED for such blasphemy, make supportive phone calls (770-898-2727) and hie thee to the nearest grocery.

Compared to soulless celebs like Miranda, AOC and their ilk, many may think of themselves not amounting to a hill of beans in this crazy world, but buying a package of Goya frijoles does! CANCEL out the effects of these nasty totalitarians trying to drive good people out of business. Buen provecho! And Buena Suerte! to Goya.

8 Replies to “Cancel Culture(pronounced Cancer Culture): that which you can’t control, simply erase.”