UPDATE 8/23/20: Currying favor with the Young (and Black) vote, Sleepy Joe grants a penetrating, probing, preposterous interview with a bizarre life form somewhere in the Twilight Zone of entertainment that goes by the name Cardi B. Referring to her and her generation as “The Greatest!” “The Best!” in American history, kindly Papa Joe exults to this freakish interpreter of unprintable lyrics that “you’re the reason I have such incredible hope.”

This is also the week that a Black female murderer (now deemed an “impactful community leader”) named Donna Hylton was given the stage at the Democratic Convention, presumably to encourage her many fans to vote for Joe. Read (if you dare) the details of her jolly foray into torture and homicide to gain further appreciation for the company the Democratic Party keeps these days.

Ms. #HeelsUpHarris has earned her hash tag the oldest old-fashioned Way With Willie while standing for alternately nothing and anything that further advances her career and influence. Fair enough. This “New Obama,” every bit as self-sacrificing, trustworthy and genuine as the old one. 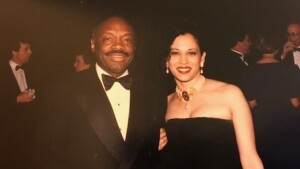 UPDATE 8/20/20: BITA? CYA! Not by chance we’ll be seeing plenty of stories about prominent Wokesters rushing to one another’s defense when Cancel Culture circles back and bites its own. We’ll also see a lot of the newly BITA hung out to dry in the CYA panic that’s bound to ensue. Amusing to watch these world class hypocrites spin wildly to give an appearance of living up to their own standards.