UPDATE 9/5/20: Trump’s original diss of McCain’s wartime record is falsely expanded upon in a hit piece from The Atlantic to create the perception he considers all soldiers “losers” and “suckers.” If Russian collusion (another deliberate McCain contribution) or impeachment or destroying the economy or setting loose rioters doesn’t do it, one can always fabricate another outright hoax. Once again, petty political traitor John McCain proves useful to the Dems in reaching back from the grave to Get Trump.

UPDATE 9/3/20: Let them eat Clairol! Queen Nancy goes full Michelle-Antoinette to get her hair done privately in a salon forced to stay closed by Blue-state mandates. As usual, these Special Ones ignore their own rules, utterly indifferent to the ruinous consequences those arbitrary edicts have for the Little People. Madam insists it’s a “set-up”…just like being secretly forced to show off hoarded designer ice cream to millions of the suddenly jobless in front of one’s $20k freezer. Some animals are more equal than other animals.

Meanwhile, send a few bucks to Shelly Luther,  now running for office after being jailed for defying shutdown of HER Texas hair salon. 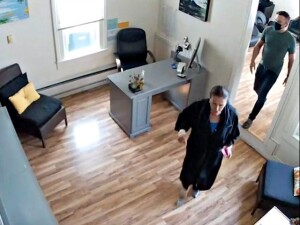 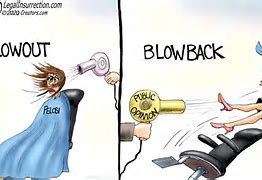 That is, until polls show people don’t like riots. Now she rolls her eyes, bedgrudgingly offering, “Tsk, tsk” [as she stifles a giggle.] Irresistible selling points for voting urbanites of voting age living in fear for their lives, property and businesses. 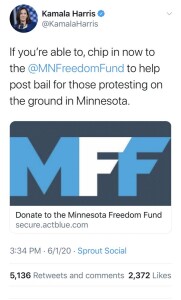 UPDATE 8/31/20: Those millions of healthy people and businesses ruined by the CoronaCrazed! DemPanic should be a bit put out that fewer than 10,000 people have died to date SPECIFICALLY from Covid, not the millions predicted nor the actual 180,000. The others had other serious medical conditions or were elderly, already vulnerable to other afflictions such as the virus. This is coming (quietly, very quietly) from that rightwing extremist media source called CDC, Center For Disease Control. Read all about it at the CDC site but certainly nowhere in the mainstream media. Under “Comorbidities” you will see that only 6% (SIX PERCENT)  of the so-called “Covid deaths” were actually “Covid deaths.” The other 94% involved an average of 2.6 other life-threatening ailments. As Miss Litella would say about this devastating little error, “Never mind.”

Time to regain our common sense, resume our lives, and for Trump to heed the advice of medical professionals who truly “Do No Harm” like Dr. Scott Atlas instead of Deep State career bureaucrats like the slippery Dr. Fauci & Co.

One must ask, “What policy or plan put forth by the Leftist-controlled Democratic Party isn’t based on an outright lie? 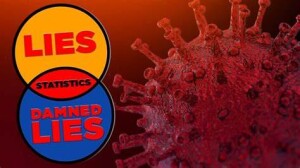 UPDATE 9/4/20: Virtue Signaling on steroids-In coming out foursquare in a NY Times ad for Black Lives Matter and its purported “Social Justice,” a clueless aggregation of prominent American Jewish groups once more demonstrate their collectively stupid impulse to embrace their worst enemies and reject their real friends.  Suicidal ignorance.

UPDATE 9/5/20: This time it’s a hit piece from The Atlantic (70% owned by Steve Jobs’ Trump-hating widow, one of Biden’s biggest funders) accusing Trump of calling dead soldiers “losers” and “suckers.” Ah yes, that Trump diss of RINO John McCain’s POW experience, now dredged up and falsely expanded upon to include all fallen soldiers.  No doubt it will work on some feeble minds, but Trump’s base, knowing him and his impressive history of championing the troops long before his political career, remains solid and wisely skeptical at this point of the latest attempt to destroy him. As usual, there is no lie too great or scheme too outrageous that the Dems won’t float to regain power. And this is only September.