UPDATE 8/6/17: RahmBo wants his money! He’s suing the Fed for withholding Fed million$ as punishment for providing sanctuary to all his very own beloved voting bloc of  tempest-tossed, illegal immigrants. Not surprisingly, American law in Rahm’s view is not harmonious with the “Chicago values” that he so frequently invokes, cherishes and twists to his own designs. Always the patriot and humanitarian.

UPDATE 1/3/16: Rahm is now the Rotting Fish that Chicago will soon be rid of in the wake of suppressed videos, a needlessly dead teenager and a mob and media that will just as easily turn on him as be his henchmen.

Even the otherwise Obama-loving New Yorker magazine has tired of Rahmbo, heralding the end of this particular life of crime as “the sudden but well-deserved fall of Rahm Emanuel.”  The unpleasant odor surrounding this turn of events is just one aspect of a crumbling Democratically controlled Big City. Too bad since Chicago itself is an architectural dreamland and one big banquet table for foodies. To capture the rot at the core of “that toddlin’ town,” don’t miss BiffSpackle’s comic book telling of the tale, “Escape From Chicago.”

A very different sort of administration brings a fresh new look to Washington. Here, the distinguished future Mayor of Chicago classes up the joint at his employer’s inauguration. 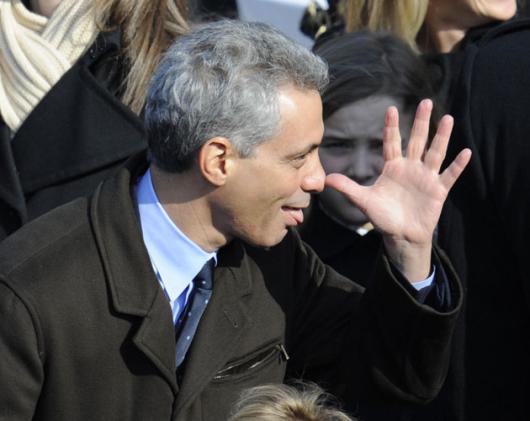 Mr. Obama came to Washington to transform America via the Chicago Way. And what could be more slime-encrusted, boorishly Chicago than the endearing Rahm. What fresh air he brought to the proceedings! After a few “missteps” like Solyndra, things began to look better elsewhere, So, like a rat drawn irresistibly back to his most familiar maggoty garbage pile, Rahm’s teary-eyed DC departure was just the prelude to a glorious re-entry through the Windy City gates as the presumptive heir to the House of Daley. Chicago has a new and much beloved Bully-in-Chief.  One must smile at populist hero Rahm’s dilemma of being on the side of the devil Romney against his evil twins in the thuggish Chicago  Teachers Union. Not to mention the ticklish position that debacle places Rahm’s former boss. Side with The Children’s Defender Rahm against his ACORN/Union base?! Side against The Children!? Is a Puzzlement. Rahm another Scott Walker? A natural.

It’s about helping people…whether they want help or not. For certain people, power and control are the best and only aphrodisiacs. “…and then you should’ve seen his face when he sat down to what he thought was going to be a Feast of 7 Fishes.” 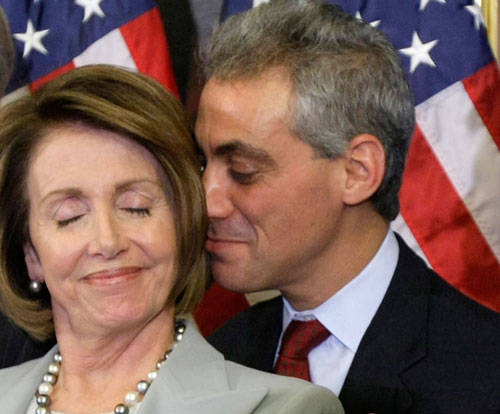 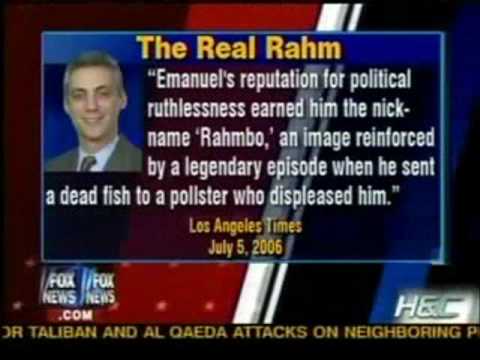 “Have you opened your mail today? No? Well…enjoy.” 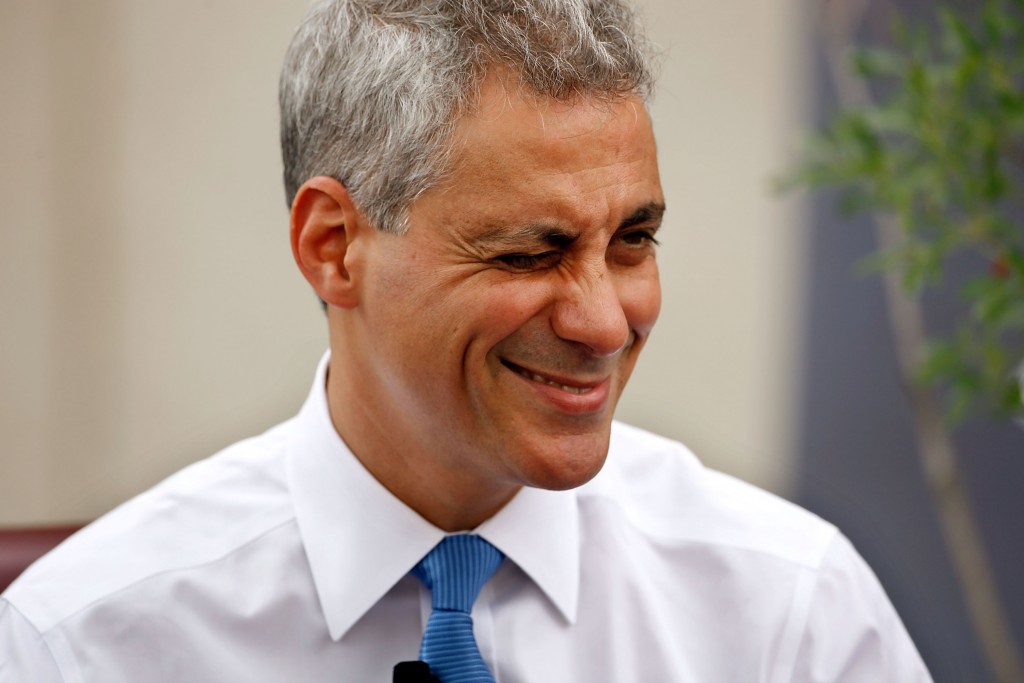 “Chick-Fil-A’s values are not, quote, ‘Chicago values’, unquote.”  Do I make myself clear? 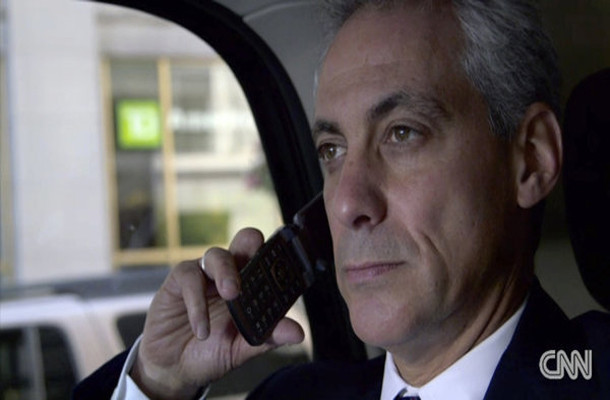 UPDATE 1/3/16-For those interested in the much-hyped trio of megalomaniacal Emanuel brothers: Ezekiel (Zeke) is the medical hotshot/death panelist/Master Planner, our own Jewish version of Dr. Mengele; Ariel (Ari) is a ruthless, Hollywood killer agent; and Rahm is the one who sends dead fish in the mail and screams, “Dead! Dead! Dead!” as he throws a knife into a table with each mention of some political opponent’s name.

Clearly, death dealing and the forcible exertion of absolute power run rampant in the Emanuel DNA. Sadly, they came of age a couple of generations too late to work their homicidal magic in Al Capone’s Chicago. They just have to settle for being admired stars in today’s Liberal Democratic firmament. Remember that Michelle-Antoinettes are just today’s version of the Mafia Family, so who better to honor than the breathlessly self-admiring Emanuel boys?