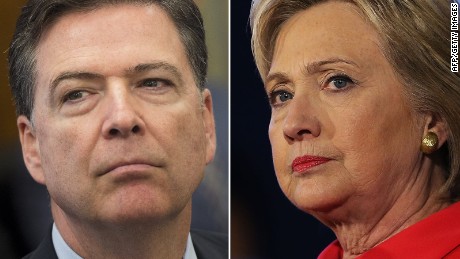 UPDATE 4/22/18: Take a “Leakin’ Lyin’ Nasty Giraffe, code-named ‘Slimeball'” and cross it with a sleazy weasel and waddya get? A pompous, mendacious ex-FBI director cashing in on his part (ask the Leftist Guardian!) in one huge criminal conspiracy to undo the unwelcome results of a lawful Presidential election. The head spins. Apparently, Slimeball’s Higher Loyalty to the Left goes back to his undergrad thesis trashing the religious Right (Jerry Falwell, Ronald Reagan) in favor of the Humanist Left (Reinhold Neibuhr).

And when you have a wife and squealy litter of daughters who all wanted Hillary for Prez, it’s safe to say you’re a pink pussy hatter too. 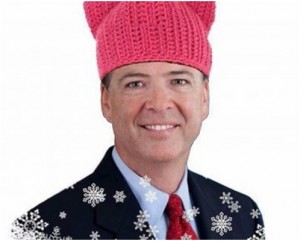 UPDATE 5/11/17: Now that Trump has fired him, the Adorables (a most sarcastic name for the usual suspects in high places who hate Deplorables) have now hailed the Meddling Bastard who lost Hillary the Election as the Noble One hot on the trail of that thing about Russian involvement winning Donald the Election. You know. That. Or whatever. There is no hypocrisy, inconsistency, slander or shameless lying blatant enough to deter the Left, so one must get accustomed to this sort of braying racket at every sensible, resolute move made by Trump and his administration.

UPDATE 3/8/17: Comey takes on the aura of maverick spook, nobody’s friend, a power broker of no firm allegiance, perhaps least of all to the law, a law unto himself. At least J. Edgar Hoover was consistent when it came to calling the Communists The Enemy.

UPDATE 10/30/16 To quote our skewed era’s idea of a Nobel Prize winning writer: “When will they ever learn?” Poor James Comey stepped in it the minute he got hooked up with the Clintons. Mr. Comey has now reconsidered, deciding “to supplement the record” after a substantial number of the remaining honest, honorable men in the FBI  threaten mass resignation at his blatant, deliberate cover-up of Hillary’s elaborate web of crimes & misdemeanors (who can keep track of them all!?) Perhaps a few of the old rules still hold sway.

Watching FBI Chief James Comey’s jaw-dropping exoneration of Hillary’s felonious email/private server doings, one could only wonder: “What do the Clintons have on this one?” Actually, one need only examine Comey’s easily accessible professional history and Washington  connections to marvel once again at the shameless DC crony culture. Everybody scratches everybody else’s back, so why should one expect any objective investigation into any criminal behavior there? In that henhouse, they’re practically all foxes from the same hole.

In Comey’s case, there are millions of Lockheed-Martin dollars, going out in generous amounts both to lawyers like Comey and to the Clinton Foundation. Surprise: Lockheed-Martin landed well over a dozen major defense contracts during the Clinton tenure at the State Department.  There is the bank on whose board Comey sat that partnered with the Clinton Foundation to build thousands of housing units. There is his brother Peter whose construction business just happened to land a series of plum Federal contracts like redesigning (of all things) the FBI Building. There is the same brother Peter Comey’s high position in an accounting firm that did an “independent” audit of the Clinton Foundation…and that happens to be the 5th largest donor to the Clinton Foundation behind only such other generous “philanthropists” and idealists as Goldman-Sachs. The brothers themselves are personally entangled by a $700K+ home mortgage held by James for Peter.

More irrefutable Comey-Clinton connections go even further back to those notoriously busy Pardon-My-Crony final days of Bill’s Presidency and Hillary’s campaign for the Senate in 2000. Naturally Comey played active roles in both Clintonian scenarios.

Any conflict of interest here for the FBI pressing charges against a Clinton? Naw. Comey. Rhymes with Crony. 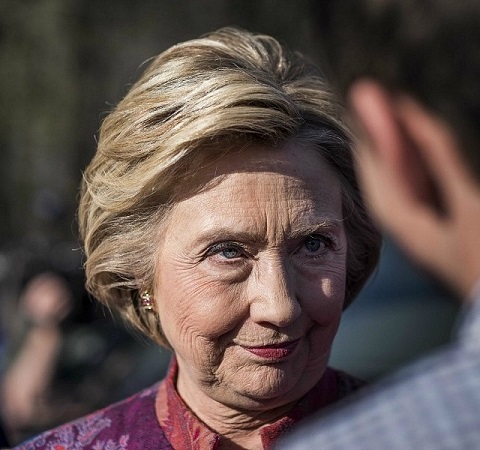 2 Replies to “James Comey:
Just another Clinton crony and DC insider on the take.”