UPDATE 10/24/17: Yet another 4H member: Harvey’s Hateful Hollywood Hypocrites. Of course he had no idea. He didn’t know nuthin’.

UPDATE 7/7/17: Spoiled Georgie’s hypocrisy reaches new heights as immigrant “luvvies” George and Amal declare overrun Great Britain not safe enough for his precious family. When one has money and celebrity like George, one can cheer Open Borders and uncontrolled immigration from the safety of bunkers in luxury spots all over the globe. Meanwhile, those of lesser means must suffer the consequences.

ORIGINAL POST 3/17/16: A severely pampered actor braves the slings and arrows of fascist America and courageously declares publicly, openly, without shame… “I am a Liberal. There I said it!” Remembered unfondly in these quarters for his illiberal but predictably cruel Liberal remarks about Charlton Heston’s Alzheimer’s, George thinks free speech for people who disagree with him is a bit of a bother. He also finds himself in fashionable company damning the Super Rich and large capitalist corporations. Meanwhile, he hangs out with the Super Rich including heads of large capitalist corporations and raises Big Money for his favorite Big Government monopolistic politician.

To round out his Serious Person resume, Clooney has had himself arrested on behalf of starving Africans to be “on the right side of history…” and of the cameras. Where have we heard that empty (and false) meme before?

Another hypocritical twist to George’s selective outrage for the unfortunate: vocal condemnation of both European and American governments dealing with the ugly realities of uncontrolled migrant invasion that is both unmanageable and dangerous. Behold, a dues-paying member of the Radical Chic Society of Celeb Luvvies, all moral paragons proclaiming “Let them in! This is not who we are!” In George’s case, he even establishes an empathic bond between himself and the currently chic wretched refuse tempest-tost by invoking the sad plight of his ragged Irish forbears arriving in America. Across five generations between steerage and movie stardom, somehow, he really, really feels their pain.

But like his fellow luvvies, talk is cheap, even if his real estate assets are not: the number of sprawling, hyper-luxurious homes George and his activist-lawyer wife own: Five. The number of immigrants he’s volunteered to house/feed/clothe/educate/support? Zero. The old Liberal mantra: “Let someone else take care of it. There I said it!”

As Charlton Heston’s representative said of George (referring to his much admired Aunt Rosemary), “Sometimes class does skip a generation.” 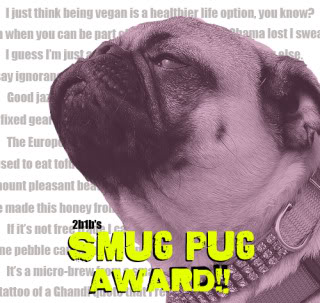 6 Replies to “George Clooney: “Sometimes class does skip a generation.””