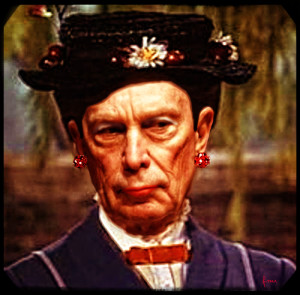 UPDATE 9/23/20: The billionaire pest who won’t go away is now buying votes in FLA: the debts of 32,000 Black & Hispanic felons paid off! Sort of the same deal Inner City Blacks have been granted by the Democratic Party for 50 years, this one an overnight windfall…in exchange for voting Dem. How generous, how compassionate. Except it’s illegal. But when has that stopped rich Progs above all that? 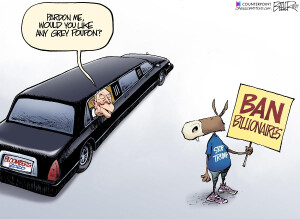 UPDATE 2/18/20: The diminutive billionaire again does a drive-thru to see if the Presidency happens to be for sale. Along the way, he totally insults farmers in a typical Bloombergian flourish of supreme arrogance. No matter to the highly principled Party of Equality and Selective Compassion. Knowing the Democrats’ insatiable appetite for power, they might just temporarily set aside their egalitarian aversion to Big Money buying the election for them.

In the meantime, one can pass the time watching UberNanny Mike intentionally or otherwise channel Mary Poppins. Likewise, there’s video evidence of this humorless control freak portraying a reptilian sea creature in “The Little MerMike.“ Not to be missed. Especially the spirited hip bump. 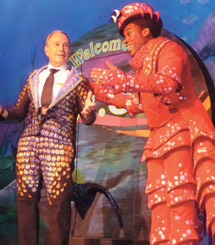 UPDATE 11/30/19: Humanitarian huckster and One World nanny Mike now branding himself as the Climate Candidate. Gotta scare people to vote for you if just being free to live one’s life isn’t enticing enough to attract voters.

UPDATE 11/17/19: Mayor Mike thinking of offering himself up as the moderate billionaire alternative to the Marxist millionaires now leading the Dem POTUS-wannabe field. But polls are not favorable to someone who might protest having to pay for all that Free Stuff. 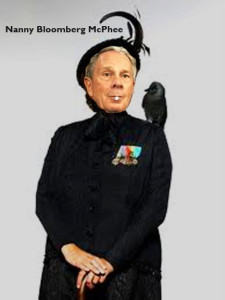 UPDATE: 5/13/13 Yet another breathcatcher in the Nosey Nanny’s gluttonous power saga.

UPDATE: 3/11/13 Believe it or not, even Nanny Bloomberg has a disapproving nanny who thinks he’s not nosey enough.

ORIGINAL POST 11/6/12: Whatever the opposite of the Common Touch is, Mayor Mike “Nanny” Bloomberg has it. Obviously wonderful at making money [$17 billion by recent estimate], NYC’s richest man is also its most annoying and proprietary, dictating whether New Yorkers smoke, what and if they eat, controlling their right to defend themselves with their own firearms. Naturally, Mr. Mayor makes his own choices on those scores for himself. Momma knows best.

It’s one thing to push for healthier living. It’s another thing to take a worthy cause and turn it into another excuse for control. This business of the Little People [us] making our own choices, good or bad, just doesn’t sit well with our self-appointed Betters in high office. In response to the notion that this is all about saving the government from having to carry the health costs of Big Mac addicts, one can respond, “Precisely.” Let people make their own choices and live or die by the consequences. When bad boys & girls have to face consequences of their actions, it makes them think twice.

But that would be too practical, too realistic. In truth, total control of people’s most basic choices is the real motive here all along. See? You made us have to take care of you! Bad boy! Bad girl! Momma has to foot the bill for all those Camels and Big Macs.

This will make the snow shovels run on time. 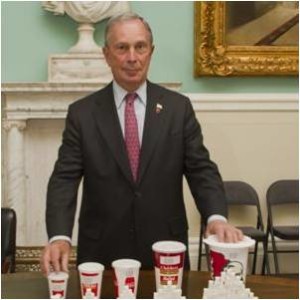 Somebody just ate a twinkie. Now who’s going to be the good boy or girl and tell the rest of us who that is? Hmmm? 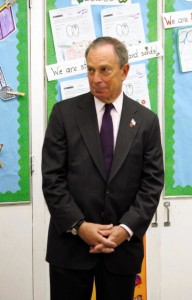 One set of Rights for thee, another for Me. 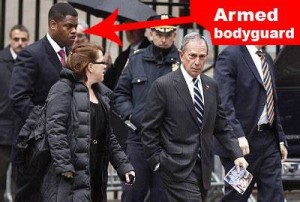 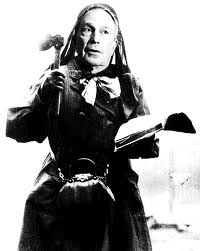 The Mayor would not approve! Hide the baby formula! 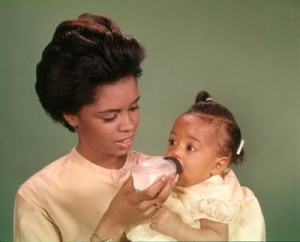