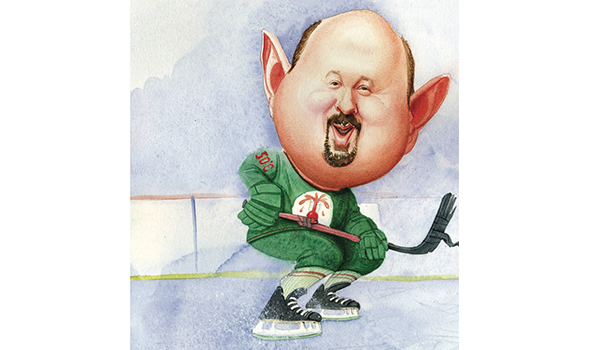 UPDATE 2/28/18: Nowhere Mann still at it. To face facts and admit it’s all a big joke after investing so much in his profitable fantasy  would probably end him up babbling to himself behind bars in the local zoo. The polar bears have specifically requested that he be housed as far away as possible, preferably with the monkeys.

UPDATE 7/5/17: One more fraud exposed and about to be hoist on his own petard, Mann finds himself up against it when a court insists on seeing his “scientific” data.

UPDATE 3/31/17: In a fascinating lie and fantasy projection at which he excels, Mann likens himself to old time Soviet dissident scientists martyred for running astray of Stalin’s Party line. The thing is: his Global Warming hoax IS today’s Party line, the true dissidents braving all manner of abuse-ostracism from the Elite establishment community, slander, being compared to Holocaust Deniers. Mann is so oppressed and short of funds that he routinely drags any of his detractors into court, figuring that he has the big bucks behind him to outlast any opponent.  So long as it profits him and his Progressive enablers,  this sort of fraud will persist.

Michael Mann, infamous for his Hockey Stick explanation of how industrialized (capitalist) society is destroying the planet. It’s been a highly profitable run, both in terms of fame, questionable glory and the fat fees he’s commanded on the lecture circuit. When challenged or criticized, Mike’s tack has not been a response with facts. No debate. It’s settled!  NEVER answer criticism with facts: SUE!  Naturally, he has nothing but scorn and righteous condemnation for the money behind any opposition presented but absolutely no problem with the billions to be gleaned from this mother of all hoaxes. Now those flying fowl not ground up in those ugly Green wind towers are coming home to roost. Not only is the damn polar ice refusing to melt; it’s increasing!

Mann’s Soviet-like politicization of science has met its nemesis in facts, laid out plainly by Mark Steyn. As tersely described by Lord Moncton at the delightfully named HockeySchtick.blogspot.com: “Mr Mann’s graph is perhaps the most laughable and widely-discredited object in the history of bad science supporting worse politics…the game is up.”

How inconvenient the truth for Mann and his laughable hockey stick. But nice try.